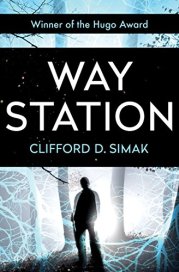 One thing you need to know about me is that I’m reading polygamist. I normally read at least two books at one time. In my past, I could be at various stages in more than five books at a time, but I’m trying to keep my limit to three these days. Those three include one physical book I can open up, one on my Kindle that I read while I’m putting my son to sleep, and one craft book that I read during the weekends.

The fiction book I’m reading now is Rivers of London, by Ben Aaronovitch. I’m almost finished with it, actually. Written in first-person point of view, the voice, and the story, reminds me a lot of Jim Butcher’s Dresden Files. Rivers of London is about a constable, who becomes an apprentice wizard and must solve crimes in London where a supernatural element is present. It’s an easy book to read, but if I’m honest, it also makes me long to pick up Butcher’s series again.

Moment of truth – I dislike the sexist comments in Aaronovitch’s story. I know it’s a fine line between whether the author is saying something or whether the character is saying it, but every girl in the story is described in scintillating detail. I have no idea what any of the male characters are even wearing, much less the shape of their breasts. And I know a lot of this is par for the course for this genre, but Butcher writes with style. He does have hot women, but he also has women in his stories that Harry has no desire to sleep with. I also know in detail what the guys or supernatural beings look like. In essence, Butcher’s lacking in the blatant ‘women are only in the stories to be hot and jump into bed with’ department and that’s a great thing. However if that doesn’t bother you and if you’ve read Dresden and are looking for something similar, Aaronovitch and his Rivers of London series could be your guy.

On my Kindle, I’m reading a story called The Way Station, by Clifford D. Simak. Written in 1963, the prose is different than prose I’m used to reading. I keep wanting to revise the sentences in my head to a more modern telling, which is horrible, I know. Sometimes I have these little evil parts of me that want to do mischievous things, though, like update someone else’s book. Don’t get me wrong, the book isn’t horrible or annoying to read as some other older classics. The style is just different, especially in the beginning. But the Hugo Award winning story, about a man who never ages and runs a way station for aliens, sounds like fun!

Last weekend, I cracked open a craft book in honor of the great Ursula Le Guin called Steering the Craft, A 21st-Century Guide to Sailing The Sea of Story. The Stockholm Writers Group normally chooses a text to study each year and this is our text. I’ve had it for several months now, but last weekend I began to dedicate some quality time to Ursula’s teachings that they deserve.

This weekend is also all about cleaning up works in progress. I’ve made two rounds of revisions to the story about the Intergalactic Credit Union I spoke of last time, and I’m working on the third round of revisions. I’ve developed more of the main character’s internal struggle, as well as some minor characters. I only have a few small clarity issues to clean up, one plot hole to tackle, and then I hope it’s on to a grammar spelling proof before I begin to submit it somewhere.

In addition, I’m setting aside time on Saturday and Sunday to continue the final revisions of Flameborne. I’m not sure how long it will take, and I know it’s been a while since Ashborne was released, but I’m making it a personal mission to complete this series before the end of the year.